Since last Thursday I have decided that I like this prompt. No, I don’t like it, I love it and I need it. It really turned my day around and I was better for having found it. So I decided to do it again!

I am thankful for: 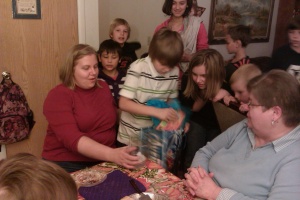 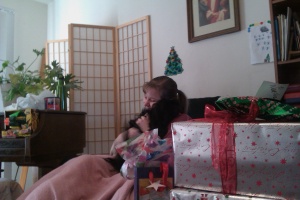 Peace between mother and daughter

Peace between siblings
(they both belong to my sister)

Again I post only a small collection of things I’m grateful for and I look forward to this next week. It really gives me a better view on my life!

Be sure to check out the original Thankful Thursday for this week’s edition: http://mithriluna.wordpress.com/2014/05/08/thankful-thursday-mothers-day-gratitude/comment-page-1/#comment-1985

Many people see winter as death or at least, as hibernation for the world. I have always seen it as the time of life. I am born in the winter, though for a long time I was the only one in my rather large family.

Then, one year, things started to change.

I had first one sister get married in the winter. It was a beautiful day in February a week before Valentine’s was even a consideration. The iced over grounds around them in their wedding picture have signs of life peeking out from under the snow.

Then, my brother was married a year later, also in February. My year-long brother-in-law followed the new newly-weds around, snapping pictures of them. There weren’t as many plants peeking up from under the snow this year, but the joy in their eyes was newly-born after years of hardships before they found one another.

A nephew was born at the beginning of winter. His bright blue eyes shine whenever he works on his many projects. Hours spent on something only to give it away to the first person who shows a love for it as great as his. I have never met a more generous soul than a birthday boy who is willing to share a small cake given him to those who happened to come by on a day that has been hard for them.

A niece was born with bright golden hair. Her laugh is one that truly brings new life to a room and gives new energy to a grandma suffering from chronic fatigue and a stroke. Her wonder at everything around her, though she has been in the world for years already, never seems to wane.

Another wedding, several months in the making for the youngest daughter in a family of 8 and her fiance. The wedding, being in November is an autumn theme wedding where the only things not in autumn color are the bride and the groom. The glow of their new life together shines brighter than any newborn star.

Amongst my new siblings-in-law I am not alone as the only adult birthday. My sister-in-law and newest brother-in-law share the winter with me.

Every spring and summer month held a family birthday all my life growing up. Winter was seen as mostly death and hibernation in my family, but now it is teaming with new life and new families that have started.

This is submitted a day late because my eldest nephew had his birthday party yesterday. It was supposed to be small and somehow ended up with something like 20 kids when there was only supposed to be 9. It was totally worth it and we ended up having enough for everyone anyway!