Victory has defeated you. –Bane, from The Dark Knight Rises

Chaos waited until they were sure of their victory, certain that It had been defeated this last and final time.

Biding Its time was something that was very familiar to the Being and It had patience to spare.

Far more than the children that It had created and ensouled had. Precious few could say that in the face of Its greatest creations’ lifespan.

A terrible smile crept across Its face.

It knew where to strike so that the victory of Its worst enemies would taste worse than ashes in their mouths.

You merely adopted the shadows. I was born in it, molded by it. –Bane, from The Dark Knight Rises

One thing that Neal could never really understand about Chaos was that it wasn’t something that you could trifle with. You couldn’t use just a little bit of it and then never touch it again.

It wasn’t like a spring of water that you could dip a cup in and taste with only little water getting your face wet.

When you dipped into the Well of Chaotic Essence for anything, it was a full-body dip rather than a bucket or a cup. There was no turning back once it had permeated your skin and it permeated very, very quickly.

But even those that did so, whether by accident, misunderstanding or even purpose, it was very different from the few that had been born in the Essence of the Well itself and climbed out of it.

Star and Comet had come from the Well of Chaos, been created there using the strongest genes that Chaos had been able to obtain at the time and then It had gone one step further.

It tapped into what little of the Galaxy Cauldron that It could through the Well and tied them to something far greater than It.

Star and Comet may shine bright, but they could only do so while surrounded by the darkness that Chaos would enfold them in. They were the only ones that could use the powers that they had been given to harm Chaos due to that tie with the Galaxy Cauldrons. As such, they were far more powerful than Neal could ever hope to be.

Maybe that was why he focused his energies on them one at a time, trying first to get them to embrace the Chaos that had created their souls.

But once again, he had forgotten that you do not Trifle with those things born from the Well of Chaos.

The shadows betray you because they belong to me. –Bane, from The Dark Knight Rises

Chaos often wondered, in Its lonely confinement, just why some of her ‘children’ (those who had turned from her) thought that they could use the abilities they’d gained from her against her. Had not that one Man said that a kingdom divided against itself would fall?

Chaos knew that very well indeed, even as it watched Its ‘children’ use what It had given them against Its remaining children. It smiled as the powers did nothing.

I’ll find strength in pain. –‘The Cave’ by Mumford and Sons

The Illusion Master had no name, not anymore. He’d had one once, long ago, but at the same time fairly recently.

It was a little confusing to people who didn’t know him personally.

He was a very confusing individual, which was part of the reason his title (and name for many) dealt with illusions. No one was quite as good at dodging the truth as he was.

Not that he enjoyed deceiving people, but it was what he was good at and what he could do in order to protect others. He may be the second most unusual member of the Guardians, but he was just as effective as the more ‘normal’ members of the group. Of course, if he hadn’t done his duty, then there wouldn’t be a group for anyone to be in at all.

He was both from the past and from a future that no longer was. That was why he was so unusual when compared to most everyone else in the Guardians.

He had come from a different future, one where the Chaos War was not a war, but a Massacre that had taken every single Guardian and twisted those that did not die immediately into things that would destroy those they had sworn to protect. There had been no one to fight back.

There had been a small chance that they could stop it where it began, but they would need to send someone back who wasn’t there when it started. It couldn’t be anyone that could accidentally stop their own chance from being born either otherwise they risked a paradox taking place.

There had been three of them left at that point.

The Lunar Monarch, her Seer and the Illusion Master.

It had been enough, but it also left the Illusion Master as a strange outlier from another time and another place no matter when or where he was. Because no one else fully remembered what could have happened except what he had told others.

He wouldn’t tell anyone everything. They didn’t need the same shadows of Chaos at the edge of their thoughts like he had.

Life was really going somewhere, that she was certain of, but was it going where she wanted it to go? She was doing well in school and even had friends who she’d never had to go through life and death situations with. She might not even watch these friends grow old and die before she even gained any gray hairs for the first time in her life.

(She was never certain just what the reactions her body would have to the sealings placed on her ears that blocked out so much of her inheritance. She just hoped that she would be able to not outlive so many people throughout her life as she already had. And this time, she wouldn’t even have the comforting presence of her sister by her side so as to not be completely alone.)

She had her adopted brother, someone who, though much younger than herself, was firmly in the role of ‘older sibling’ no matter what she said or did to try and dissuade him.

That wasn’t why she was worrying about her life, though.

She couldn’t really put her finger on why she felt so unsettled with what she did day in and day out. She was enjoying her courses and learning about things that she had never really payed all that much attention to before but had wanted to learn about. She had friends that she enjoyed spending time with and just ‘hanging out.’ She also had a wonderful brother who was not at all like the last brother figure she’d had.

(Not wanting to destroy all of sentient life that hadn’t given into the more Chaotic parts of their natures or warp and twist those who had really made a big difference in whether or not you could look up to someone. Who knew?)

So what was she missing?

(Other than her sister and her purpose.)

He hit the ground with a thud, but turned it into a roll that brought him back to his feet and further away from the Enemy in front of him. He dodged the thrust of a short sword and raised his shield to block the plasma blast though it was only partially successful.

He hissed, but didn’t otherwise didn’t react. The Enemy tried pushing further at that arm, hoping to make him drop his shield. It might have worked if he hadn’t already strapped it securely enough on his arm that even burned fingers wouldn’t cause it to be dropped. This wasn’t his first battle and as he felled his opponent, he knew it wouldn’t be his last.

‘I doubt this War will ever truly be over,’ he thought to himself.

There would always be someone running from Chaos and trying to find somewhere more peaceful to settle down and live out their lives. Chaos would continue to exist in one incarnation or another, it would never fully be defeated.

But that just meant that people like him, ordinary citizens that joined in the Effort to fight against the Enemy were sorely needed.

‘I’m not going to give in.’ he thought as he brought up his blade to battle against another drone.

She could feel It sometimes at the back of her mind, clawing and trying to get a better grip on her. Star didn’t bother paying it too much attention because that was what It wanted. The more attention she gave it, the more it could do with her and she wasn’t going to allow It anything more than what she needed from It.

“I don’t need anything from you.” she whispers sometimes when there’s no one else around.

“Then why am I here?” It rasps back from the darkest corners of her soul.

Star doesn’t answer back. She knows that this is how her brother fell. He answered It and kept answering It whenever it spoke.

That was the problem with It, if you gave it too much attention then It started getting stronger, but you couldn’t ignore It completely either.

There was no happy medium because every single day was give and take and you never knew just how much It was going to give or take.

That didn’t mean she was going to give up and give in to It.

She wasn’t going to lose any more than she already had to It It had taken and taken and taken, what It gave back was never something she wanted to keep, but parts of It had wormed into her soul just the same.

Likely  because she was Chaos-souled and little bits of It blended right in.

Star didn’t close her eyes as she stepped out of the darkness and into the light no matter how much the brightness burned at her eyes. 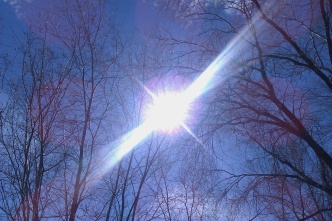 Inspired by the redo for Sreejit’s Dungeon Prompt: Good, Evil and the Rules that You Live By. Check out his own response It Takes Two.

Breathing In
Blog at WordPress.com.