My sister recently reminded me that I have to step back from working all the time on things (the farm) and do things that I enjoy and not just what would help out around the farm. Working is good and being able to help with things is also good, but there are times when you need to not be burning the oil, whether it be midnight or not.

It’s hard to be vigilant when things feel comfortable and convenient. – Matt from mustbethistalltoride.com, Diagnosing Relationship Failure is Not for the Self-Assured

If there is one thing I have learned about living out on a farm it is that the convenience of living in the city was hard won by those who came before us. But at the same time we take most of it for granted.

It takes twenty minutes for us to get into the nearest town. Just to get to town, not the store or the gas station or a specific place, just the outskirts of town where the first houses are. And that’s if the weather’s good and there’s nothing wrong with our car. (The car wouldn’t go over 60 mph for a while there without overheating within 10 minutes. In hindsight, it was only a matter of time before it died and we had to get the truck.)

I grew up in a small city. I have to call it a small city because  to most people that’s what it is. It’s not a small town because it’s bigger than that, but if you compare it to any other size city anywhere else (including Denver, Colorado, just one state over) it really is just a small city. But that didn’t mean it didn’t have it’s conveniences just the same. I grew up being able to walk to a 50 cent and then dollar movie theater, a community swimming pool and a public library (although that last one was a bit further away and up a very steep hill that was more a part of the mountain we lived right up against.)

Now the only library that’s convenient is the one that I’ve spent my whole life compiling. The movie theater is what movies my niece buys at the thrift store to go with the old VCR that her brother found at the same thrift store (those VHS tapes are the sturdiest things outside of a nokia phone, I swear) and we try to visit one of my sisters who live in an apartment at least three times during the summer to go swimming there.

But we have our own animals that have helped supply a good portion of what we would be getting at the store: milk, eggs, cheese (we have to make it), sour cream (ditto), and meat. We try to grow our own vegetables, but something always goes wrong. (It’s funny that the garden that had goats and pigs getting into it actually fared better and gave us more crops than the one that three chickens got into. The irony.) We gather wood and straw for the winter and have to repair the shelters and sheds that we use for the farm ourselves.

I have learned things that I never thought I’d learn (how to midwife for a goat is always the first thing that pops into my mind).

But while there’s a lot less convenient things out here, it’s also the place I’ve been the healthiest and happiest since I was a small child. It’s hard work, but it’s work that I have found to be very satisfying. Most of all, I’m happy here.

(Though I will still be grateful that the store is less than an hour away.)

Today is the last day of school for my sister’s kids until the end of August (but just the kids I live with, all of my other nieces and nephews won’t be out for at least another week or so.)

So today I am grateful for them no longer being in class all day so that we can catch up on a lot of things on the farm. (cackles)

I just know that they’re going to miss school for at least the first three weeks of summer before we get all of the harder stuff done. School means they can escape some of the farm chores during the day and summer means more work, though it should peter out eventually in time for them to be able to go over to my younger sister’s apartment and enjoy the pool there by the end of June at the earliest.

Check out the original Thankful Thursday. (Will update link when able.)

Worth it at the end of the day
Or maybe the sun is just starting to come up?
Real life requires more than just a breeze.
Keep in mind that it will not be over quickly.
Pretend you’re someone you’re not!
Let the stress of the day run away for a bit.
Always remember to leave your work at your job.
Yesterday only needs to be thought about later.
Listen to yourself, don’t forget your own voice,
I know that it’s hard to make another choice.
Very important to remember that you matter
Even when no one else will cheer for the batter.

It’s just one of those days.

You’ve had all day.

Please set that aside,
Look, I don’t mean to deride.
At least listen to me,
You know there is more that what you see.

Don’t judge my book without even seeing the cover.

Let’s take a step back,
I know know you think it’s sanity I lack.
Very much work I put myself to,
Even if it is not something you do.

We all have to begin somewhere.

Written as an answer to some of the children I live with. They come home from school and often think that I have just played video games all the day long. They don’t seem to understand that I have spent just as long working as they have at school. (shrugs) Ah well, life goes on and I’m sure that like I did they will learn that there is always more going on behind the scenes.

What to do with a day?

Do you work? If you work, what do you do? Are you standing on your feet all or part of the day or are you sitting behind a desk? Do you interact with people all day long or do you shuffle through a long list on numbers?

Do you go to school? Do you study hard for several hard classes or do you breeze through your classes, taking breaks in between each bout of homework? Do you teach at the school you go to instead of learn?

Is it even possible to not learn at a school, even if you are not officially a student?

Do you stay at home and do things there? Cook, sew or clean? Do you tend to your children or others’ children?

Do you read or write or draw? Do you create?

What do you do with a day? 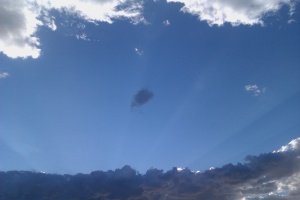 As long as you continue to live, you can answer these question for yourself.